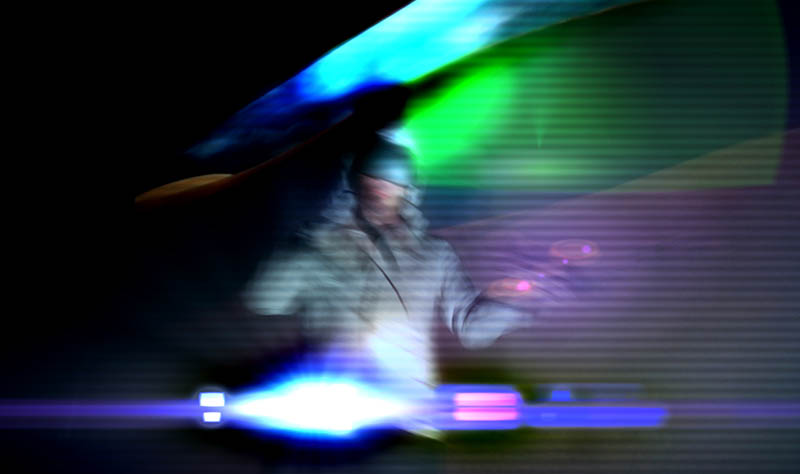 Speaking of actors, how about moving forward in time a bit? Let’s move on to the 7th art, cinema. Once again, the format induces a linear narration, even if it is said that there are 3 writings in a film: that of the scriptwriter, that of the director, and finally, that of the editor. Here, if the choice of words remains important for the spectator to take the characters seriously, the performance of the actors and the sequence of the shots also play an essential role in the capacity that the public will have to get attached to the characters. Perhaps you know someone in your circle (or you yourself are that person) who can’t stand a movie because they don’t like a particular actor?

Unlike books, the images are chosen by the production team, imposed on the viewer. Of course, the imagination is not necessarily entirely at half-mast, there may be elements suggested off-screen, which it will be up to each one to imagine, or not. But this activity of the public is, in my opinion, much weaker than for a book. One hears about films, often with a secondary scenario, where one could “put one’s brain aside” and simply let the images scroll. It is something more complicated to do in literature, since the reader already makes the “effort” to read.

Cinema, less interactive than literature? In this sense, it seems possible. But this is without counting the interactions that it provokes outside the viewing of the film itself. There are countless reviews of the latest blockbuster on YouTube before, during and after its theatrical release, and talking about the latest series you’ve seen on your favorite streaming platform is often a good way to liven up a conversation between friends. In this day and age where reading seems to be increasingly rare, interaction around movies is undeniably more important. It’s not a question of direct interaction with the work, but of interactions around it, all equally interesting. And what about the latest one?

Recognized as an art form since 2006 in France, which is not so recent anymore, video games have come a long way since the famous Pong, especially in terms of narration. Gone are the scenes that follow one another without any link between them other than a graphic coherence, gone are the princesses saved by a knight in shining armor. Nowadays, it is not uncommon to face complex stories, whether they are linear or with branches. In essence, video games are interactive. The player is the actor, he is the player, as the name cleverly (or not so cleverly) suggests. Yes, Pong is interactive. But what about the narrative? A key point not to be overlooked in this case is the player’s activity. Because of this involvement, it can be easier to make the player identify with the character he/she is playing and, by doing so, to make him/her feel emotions. So how do you write these stories, where you have to take into account that the player is one of the protagonists, and not a simple spectator?

Nicolas Pelloille-Oudart explains in the Nouvelles Narrations podcast, “A movie, a video game or… both?”, that storytelling is something quite recent in this field. You have to think of your story, if not interactively, so that the player is involved. He will rarely be the omniscient narrator of the story. They will rarely know what the other characters are thinking. He will rarely have insight into what they are doing when he is not with them. And yet they evolve too, in parallel. An additional difficulty can be added by getting closer to the Books of which you are the hero. What if… the player could change the story being told? What if there wasn’t some kind of hand of fate that had planned everything in advance, to the detriment of the dozens of hours spent in the universe he explores? What if he wasn’t obliged to follow this unique path thought out to the millimeter by the creators of his game? What if he wasn’t playing a game, but exploring a world? What if the player was in fact a person integrated into this world, able to influence it? The narrative can then no longer be linear, impossible. It explodes in tens, hundreds, thousands of branches composing each important choice of the player in order to, let’s be crazy, lead him to different possible ends. No more binary “Game over” or “You saved the princess, you win a kiss on the cheek” (yes Mario, we see you!). There are 93 possible endings in Undertale! Yes, the average is actually around ten or less major endings, with a few exceptions. 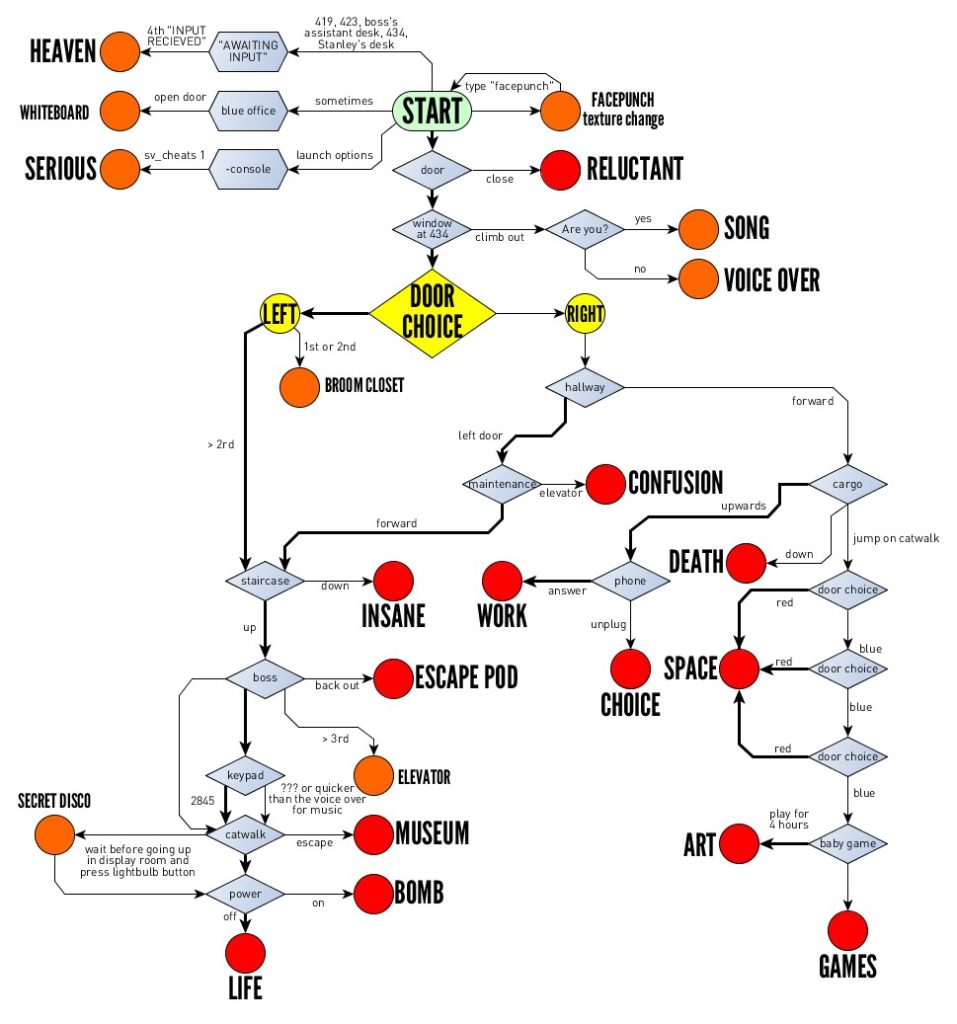 How difficult is it, in terms of design, to increase the player’s freedom? In addition to these choices, always more numerous, which can change sometimes a small element in the story, we move away more and more from the models of the platform games for a world more and more open… which will have to be alive. Because, it’s all very well to let the player walk around where he wants, if it’s to see nothing and do nothing except in the path predefined by the story, what’s the point?  So how to “furnish”? By adding NPCs (Non-Player Characters) who can give side quests, tell their adventures, live their lives… and thus have their own story. There are often hundreds of characters created in this way.   All this so that, potentially, the player will never be confronted with these lines of dialogue or these stories because he will not have explored this particular village in the north-west of the wooded area of the continent.   This is the opposite of movies or “classic” books, where everything that is created and shown has a purpose: the creator doesn’t know if the player will even catch a glimpse of that character whose story he likes so much.  But it is this abundance of small details that makes the success of a living universe that will last in time and beyond the borders of the game itself… or not.